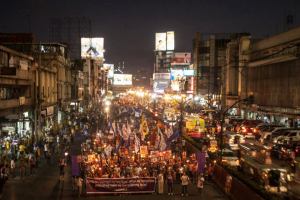 Women’s groups led by the militant women’s alliance GABRIELA marched to Mendiola this afternoon protesting the unhampered plunder of resources and the ruin of Philippine patrimony resulting from the Aquino government’s unqualified surrender to US policy dictates. 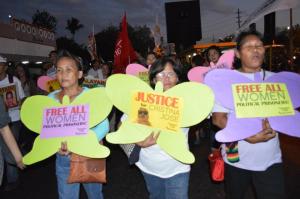 Protesters numbering to about 15,000 marched from Liwasang Bonifacio to Mendiola. They burned an enlarged “WANTED” poster of “AQUINOBAMA” dubbing the tandem as the Filipino women’s most wanted for the rape of the motherland. 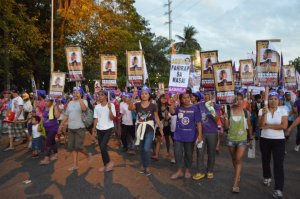 “We hold the US-Aquino regime responsible for the wretched situation of Filipino women, for the plunder and destruction of our economy and the massive attack on women’s economic and political rights and welfare. We deplore the poverty and the violence that we are being subjected to,” said Joms Salvador, GABRIELA Secretary General. 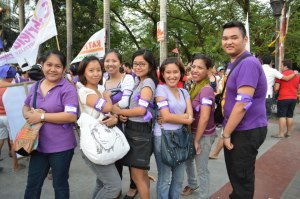 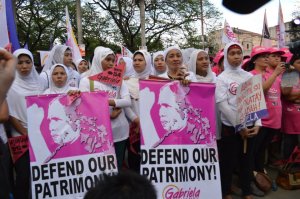 Tens of thousands of women and their families joined street protests, mobilizations and other Women’s Day activities led by GABRIELA regional and provincial chapters in Manila, Baguio, Laguna, Batangas, Iloilo, Bacolod City, Davao City and other key cities and provinces all over the country. 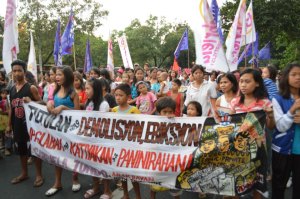 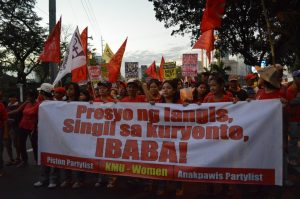 In Manila, a women’s march to Mendiola capped GABRIELA’s day-long protest which started early this morning at the US embassy. “Today, International Women’s Day, we demonstrate our outrage as well as our commitment to the struggle against the heightening oppression and exploitation women experience as a result of US imperialist domination and the Philippine government’s subservience to its imperialist masters,” Salvador ended. 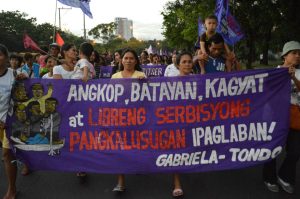